As One Grows Older 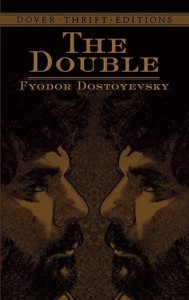 One of the things that I have come to see that is a key ingredient of succeeding, not just in the modern world, but pretty much everywhere, is to be able to interact and socialise. The thing is that you could be one of the most brilliant minds out there but unless you are able to sell yourself, and your ideas, then unfortunately you probably aren't going to get anywhere. Sure, there are people out there who manage to get a 'lucky break' (and I believe Einstein was one of them) but the reality is that if you spend your life waiting for that break, you are probably never going to ever get it. In fact, you'll probably simply end up being little more than a footnote in history, though I have to admit that considering all of the people that have ever lived, more likely than not we are all going to be footnotes.

Anyway, the story is about a bureaucrat in the Russian Bureaucracy who is mid-ranking, but not so high up that he would be considered, or even welcomed into, the nobility (according to Wikipedia he is a titular counciler, which is rank 9 on the table of ranks). Looking at the tables it certainly seems that he isn't low ranking, but then again I would hardly call him high ranking either – it seems that he is at one of those ranks which provide a comfortable living, but not really have all that much infuence. The problem is that our hero is a bit of an anti-social character, but the doctor prescribes the solution of going to a party, however he ends up going to the wrong party, and after making an idiot of himself, gets kicked out. Actually, this almost sounds like the type of advise a clueless psychologist would offer.

This is where the bulk of the novel starts because on the way home he meets somebody who sort of looks like him, but is much younger, and much more dashing, than he is, to the point that everybody likes him, and our hero eventually goes insane and is dragged off to the mental asylum. This is the thing about new people, especially dashing and popular new people – they have the ability to take the attention away from us, and this has the effect of making us really, really jeolous. In fact I have known people who will work their way into the lives of new people, and either cosy up to them, or become a toxic leach, and they usually do this because, well, are are pretty insecure in and of themselves and are basically preventing themselves from having these dashing individuals come in and undermine their position (though of course their positions are generally all in their heads anyway).

It is interesting that Dostoyevski uses the idea of the double, or the Doppleganger, in this book, because the idea is that this person comes in and takes your place. This isn't the demonic creature, that basically kills you and then infiltrates your circle of friends, but rather a dark, rather human, aspect – it is the fear of becoming obsolete. In a way our protagonist sees a lot of himself in his double – maybe this is what he was like when he was much younger, but as he grows older, and his life begins to stagnate, this younger version of himself is coming into his life to take it away from him. Yet it is even more horrific when it seems that all of our friends are turning from us to this new person, yet we don't trust this new person – it is not that he is doing anything bad, it is just that our perception is that this person is dangerous, and we want everybody to see how dangerous this person actually is. The catch is that sometimes we might be right, otherwise we might be dead wrong.

Yet maybe it is just that psychological fear within us – is it the case that the older we get the more anti-social we become, or does it have more to do with the fact that the older we become, the more people we encounter that are not all that pleasant. In a way the more people that hurt us, the less trustworthy of people we become, and while it is all well and good to say that we should treat everybody like a blank slate, sometimes it isn't the easiest of things to do, especially if you are working in a position, such as a ticket inspector on public transport, that tends to bring out the worst in people. In fact, sometimes I wonder whether a ticket inspector would actually admit to people that they are ticket inspectors, or whether they just say that they work for the public transport authority in customer service?

Yet, it is one of those roles that seems to bring out the worst the people, that seems to attract the wrath and aggression of the community around you. Sure, that may also be the case with politicians, yet the thing is that they have this ability to be able to shield themselves from the world – the thing with most, if not all, politicians is that around half of the electorate didn't vote for them, and half of the electorate really doesn't like them. Is it also the case with police officers, but I'm sure there are countless numbers of occupations out there where all you tend to get is criticism as opposed to thanks and gratitude.

This, unfortunately, has its ability to wear one's character down, so no wonder our hero becomes ever more cynical and anti-social. In a way he is jealous of his double, namely because he does see himself in him, yet doesn't know how to break out of his own shell, and his own paranoia. In a way it is not that his double doesn't like him, or is trying to poison his world, but rather our hero is looking at him from the outside, wanting to be like him, to be accepted, but somehow failing immensely. Yet while we are watching the events unfold through the eyes of our hero, I can't help but think that maybe, just maybe, we are also in the position of the double – in the end it all comes down to attitude – the double succeeded because he didn't let the hero's hatred get to him, and simply got on with life, while the hero let his range and jealousy burn up inside of him until he snapped.