The Rise of the Corporatocracy 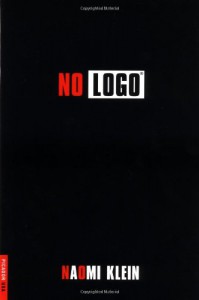 As I mentioned under The Shock Doctrine, this book is about the internal problems with the American Empire as opposed to the external concerns to the rest of the world. In a sense it is the idea that our culture is being destroyed by a culture of consumerism and that idea of profits before people is the main motivator of the modern corporatocracy. We do need to put this book in context though, being written at the end of the 90s, just after the anti-globalisation protests in Seattle, an event referred to by many as the Battle of Seattle. I guess the events really brought to the forefront how the American Government was willing to go to war with its own people to protect the interests of the corporatocracy. However, remember that between 1989 and 2001 there was no real external threat to the United States, and as such there was no way of distracting the population to an external threat, so another means of distracting them was required. The concept of the brand is not new, however it is during this period that we begin to see a rise against the corporatocracy which resulted in a rejection of the militaristic foreign policy of the early 21st Century.

I am going to be honest though, there is nothing different now than there was during the rest of US history, though I will point to the writings of Howard Zinn to direct you to the discrimination and oppression that has been a mainstay of American, and in fact world, history. Things have changed though, and one of the major things was the rise of the middle class. The appearance of the middle class did bring about massive changes in modern society, and one had resulted in the French Revolution. However, industrialisation also brought about the rise of the working class. With the appearance of the working class, the middle class was allowed to develop whereas the working class were then oppressed. However, with the rise of communism, and the fear of a world wide revolution, the working class was appealed to, and universal healthcare (at least in the British Empire) as well as minimum wages and benefits, were introduced. The problem with this was that hiring labour became much more expensive.

Now I seem to have diverged a bit, though in many cases I tend to like to try to put a few things in context. Now, I do very much agree with Klein's assessment here, however I do feel that there are a few misleading ideas, such as the idea of cheap labour in poorer countries. Now, don't get me wrong, I am opposed to the mistreatment of any human being, and am opposed to unsafe and discriminatory work practices. This was something that was thrown out of the western world over 100 years ago, however it has simply moved to the developing world. Low wages are not necessarily the problem though, since if you do travel to these places you will discover that the low prices of goods there more than makes up for the low wages. For instance, it costs around $100 a night to stay in a hotel in Melbourne, while it costs $30 a night in Hong Kong, and in Bangkok I found a hotel for $14 (though my friend's comment was that it was probably a pretty shitty hotel). However, low wages are still a problem, but what makes things worse is cost cutting as a means to increase profits. If, for instance, the manufacturer cuts costs so that the worker is working long hours, has no breaks, is not allowed to go to the toilet, and the workplace is so unsafe that accidents regularly happen, then that is not good. However, the price of the shoes, or the shirt, in Australia does not change, despite the factory in Australia closing down and the one in Asia opening up. This is not a means to make the goods cheaper, but a means to increase the profits of the corporation, and in turn the shareholders. No only are the workers being exploited, but so are the consumers in Australia.

One thing she talks about is the concept of space. Basically space is being taken over by the corporatocracy. Once one would go shopping on the main street and spend some time in the town park. That is no longer the case: main street has closed down and much of the activity has moved to the shopping centre. There is a big difference between the town centre and the shopping centre and that is that the town centre is a public space while the shopping centre is not. What that means is that the owner of the shopping centre has complete control over what goes on there, thus creating an ordered and sheltered place where people can go and spend money and not be disturbed. However I have noted that at times The Body Shop have plastered their shop with anti-corporate logos, even in the middle of a Westfield Shopping Centre.

The further idea of no space is that all of our space is being taken up with advertising, and that the main thought forms of today is the brand logo. However branding once again in not new. Christianity has been using the brand logo for centuries, and in many was it has brought about the development of the brand as a means of advertising. The brand has also been used in the past to mark possession, such as slaves or cattle. However, you could say that the modern brand also marks possession. We see the swoosh on a shirt or my shoes and we know that they are Nikes. Nothing more needs to be said, but then I raise the question of whether those of us who wear the brand are in fact possessions of the company. I would say not, however to me it is a means of cheap advertising, though the cheapest form of advertising is always word of mouth. Personally, I must admit, I like Coopers Pale Ale, and as such I will wear a T-shirt with the brand on it (though I should also point out that the T-shirt was given to me as a gift). I guess, if the brand was a brand that I didn't like, then I wouldn't be wearing it (unless of course I was paid to do so, then I wouldn't have a problem, unless of course it was something that I was violently opposed to).

Some have suggested that the modern corporatocracy is launching a war against the middle class. To be honest I am going to dispute that namely because the corporatocracy needs the middle class, and even a cash flushed working class, to survive. Things have changed dramatically since this book was published, as the corporatocracy attempted to increase profits by increasing availability of credit. However, the more people got into debt, the less of an ability they have to pay it back, and when they cannot pay it back the debt must be written off. Come 2008, the entire economy reaches the brink of collapse, and the banks have not yet recovered. The economy survived, barely, and some still say it is on life support. However, many of the masters of the economy have fallen from grace, but this was not through the actions of demonstrators and protesters, but through their own greed. In the end it is much like a Shakespearian tragedy.

As mentioned, the corporatocracy need the people to survive, to create and grow their profits, but they have effectively reached critical mass. All of the jobs that filled the pockets of American workers have gone overseas, and as such these workers have been left without anything. Further, their savings accounts have also been drained and their credit has been maxed out, therefore they no longer have any money left to partake in the consumer society. Sure, the staples such as Walmart and McDonalds can survive because everybody needs food, but the others can't. Instead, with no money left to suck out of the working class, they need to look elsewhere for support, and unfortunately that does not exist in the developing world. The workers there are still underpaid and cannot afford the luxuries of the west. Therefore, in the end, the corporatocracy is its own worst enemy, and its endless pursuit of power and profits is going to be its own undoing.

Though I still love the free market capitalist who hated short sellers. I know this has nothing to do with this book, but I have to mention it. It is typical of the hippocracy of the extreme capitalist. They love the free market right up to the point that the market spins around and smacks them in the face, then they will jump in with regulations in an attempt to protect their profits. All I can say is if you want a free market, then you have to accept all of the free market, both good and bad. Personally, I see nothing wrong with short sellers, and in fact I actually quite like them because they piss off the capitalist to no end.