This is one of those books that I picked up from a book club that we had a primary school, not that you can necessarily read the book since most of it is made up of computer code. Creepy Computer Games is a collection of programs running on the theme of the horror and the creepy, though since all of these games are written in BASIC, there is little in the way of atmosphere (what can you expect from a game whose code takes up only two or three pages, is written in BASIC, and are designed for the home computers that were around in 1984).

The book contains games with names like Ghost Guzzler, Spiderwoman (no relation), and Word Wizard. I believe that when I was a kid I had typed out most of these games, however when I ended up connecting with others and began trading computer games, the need for me to write my own computer games began to diminish. I remember that I used to have a huge crate full of floppy disks, each of them containing a game.

and this is the device that is used to read floppy disks: 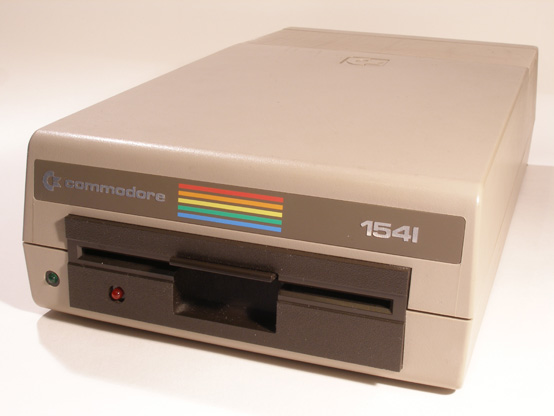 It's called a disk drive. They are obsolete. Even CD and DVD burners are becoming obsolete because now we use flash drives and external hard drives as a means of transferring information, that is if we are not transferring it directly over the internet. This is what a flash drive looks like:

In fact, I remember my Dad throwing together a portable hard drive for me once, but then you can purchase flash drives with 64 gig of memory, which is large enough to store all of the information, such as photos and songs, as well as pdf files, onto one drive (though my Dad does suggest that their ability to store information long term is not all that good). Anyway, I do like keeping backups, namely because it has been drummed into me since I was a kid, especially after spending hours writing a computer game only to discover that I have forgotten to save it and there was a power blackout, or the computer just crashed (which was also a common occurrence, though I have discovered that this still happens today – especially with the laptop that I am using to write this up on).

Back in the days that this book was written there was no such a thing as auto-save so you have to manually and intentionally save it.